Inequalities, the situations to change 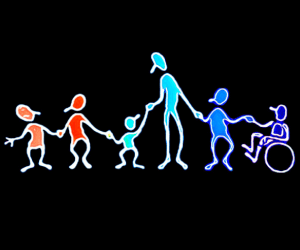 The severe tightening levels of inequality is documented in the reports of the UN and its agencies (FAO, WFP, UNDP, UNICEF, UNESCO). Among other things, these are often 'optimistic', less dramatic than studies conducted on identical issues by academies and non-governmental organizations. The causes of this phenomenon are essentially attributable to neoliberal policies driven by financial capitalism. The greed of elite - in concentrating every power and resource on itself - it has nevertheless reached a dystopian level, incompatible with fundamental human rights and human dignity.

Change it is necessary and cannot be delegated to political classes and administrations that tend to favor the interests of the 'strong powers' over the common good. Citizens, on the other hand, must become aware of their rights - and their systematic violation - to act and demand their protection. With peaceful but effective tools. Projects of concrete collective utility and actions, legal and not only. Protest can be implemented with daily choices - of behavior and critical consumption, for example - which are all the more effective when they are widely shared.

Equality it aspires to foment a grassroots movement aimed at promoting a more just, equitable and sustainable social model. Following the operational scheme 'observe-share-act', it is first of all necessary to focus on the levels of inequalities at the local, macro-regional and global levels. To this end, in the following Sections, we are going to illustrate and update the Divide, the inequalities that pertain to the universal rights of individuals and their dignity. Safe and nutritious food, drinking water and sanitation, health care (with particular attention to the most vulnerable categories). As well as education, work and minimum income, housing, social benefits.